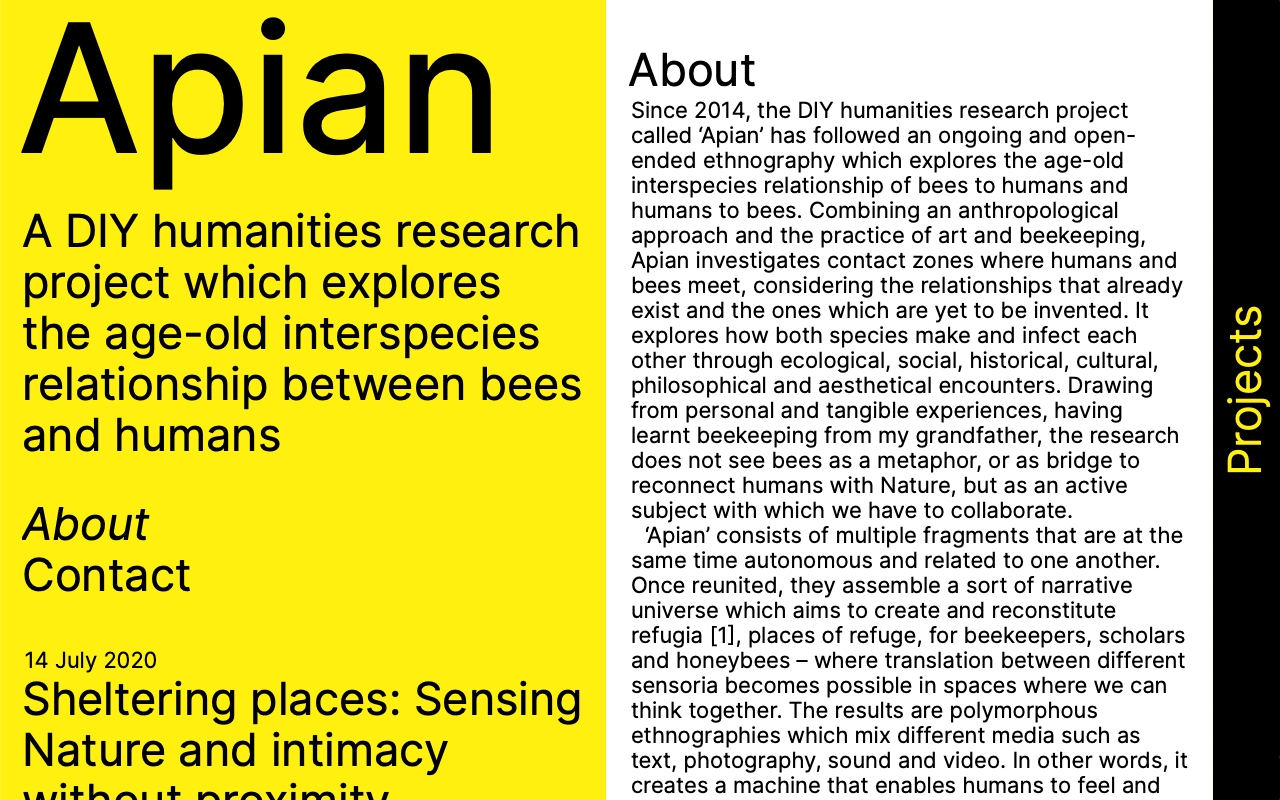 Apian’s first solo show in London will open on the 25th of March at The Photographers’ Gallery. Displayed in the Eranda Studio, the exhibition will mix (for the first time) 5 different works from Apian.

[ID: Screenshot of The Photographers’ Gallery (TPG) page about Apian’s show at the gallery. At the top, there is the header of the TPG’s website which has a black background with the logo and menu in white. Below there is a photograph of a traditional Moroccan beehive in front of a plastic, electric blue background. This picture belongs to the series Inzerki.]

“This project consists of a rich variety of research methods and diverse bodies of work encompassing text, photography, video and audio. The exhibition, on display in the Eranda Studio, features [Apian]’s book Hives 2400 B.C.E. – 1852 C.E., the website The Intimacy Machine, the Hiss cassette, the Inzerki photographic series and The Beehive Methapor work, consisting of sculptures and photographs. These five interconnected strands will also be shown through the newly created Apian Index, an online archive in which all the materials will be available for visitors to explore.”

is an interdisciplinary archive of research about bees, from books to paintings and more – basically any sort of studies about this species made within a para-academic context. The index is updated on an irregular basis and submissions are more than welcome! If you want to contribute just send material over to index@apian.ch

Ministry of Agriculture, Fisheries and Food

Bee-Keeping new and old: described with pen and camera

Visitors to the fair admire the bees’ diligence

Foray into a bee’s cell

Skep hive on the edge of swarming

A Book of Honey

Tracking all bees in the hive

Apiary in the wall of a house

Lenin as a Beekeeper